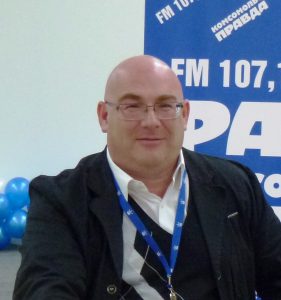 Three years ago, in 2014, after Russia’s invasion and annexation of Crimea, many speculated about a new Cold War. Subsequently (or rather immediately), there emerged the expectation of a resurgence of interest in Slavic Studies. However, the statistics on our enrollments for the following three years did not confirm these prognoses.  Overall, there is no significant growth in Slavic Studies enrollments in the U.S. The violent escalation in Russia did not have the effect of creating a noticeable number of new professional opportunities for graduates with expertise in Russian and Slavic studies, despite constant complaints in the media about the need for such expertise and such experts. Now the situation is even more complex, and raises many questions, some of which I’ll try to touch upon in this column.

The growing scandal around the attacks of Russian hackers interfering with the 2016 presidential elections, supposedly heightens public interest in Russian affairs in general. The coverage of this scandal in the news, however, demonstrates the inefficiency of Cold War stereotypes in describing the situation. This fact is obvious to those of us studying Russia professionally, but not to the majority of journalists, let alone the public. Nevertheless, the need for a new paradigm and new conceptual approaches to Russia’s politics and culture is an acute problem for the American political present. Naturally, the question arises: how can we contribute our knowledge to resolving this problem, and how can our expertise in Russian culture be translated into new and elucidating political and cultural strategies?

In a significant difference from the Cold War era, it is very unlikely that Russian Studies will now be supported by government institutions.  Even setting aside allegations of collusion, the current administration will not be supporting Russian studies, simply because it will not be supporting scholarship of any sort, let alone scholarship in the humanities. However, today’s Russian Studies cannot afford to be apolitical.

We have no choice but to cultivate links between Russian studies and the opposition to the current U.S. administration and to Putin’s regime. Many of us have been asked by activists to give formal and informal presentations about the state of affairs in today’s Russia. This testifies to the potential of developing our programs in this direction. I believe that we might use this momentum even more proactively.  Through lectures and seminars about contemporary Russian politics and culture, as well as contemporary processes in Ukraine, Belorussia, the Baltic countries, and Eastern Europe more broadly, we can forge a unified resistance within our respective communities, cultivating a new generation students critically-engaged in Slavic studies.

Furthermore, since our current students are frequently on the frontline of the activists of the opposition, we may also need to start thinking about ways to engage Slavic programs with students who are not just in love with Dostoevsky or dream of a diplomatic career. Considering the nature of the information war launched by Russia against the West, we need interdisciplinary collaborations between Slavic departments and programs focused on political science, journalism and communications, computer science and law. For these students, courses on contemporary Russia, its culture, politics and society, on the Russian internet and on contemporary media, would be more attractive than our traditional favorites. At the same time, these courses can bring new interest to our traditional classes. A trajectory of student interest developing from Putin to Dostoevsky seems to be more organic today than the reverse.

Certainly, these are just preliminary notes, and the questions of the impact of the new political situation on Slavic and Russian studies, and of our response to it, deserve a special session (maybe, more than one) at our annual conference.  One thing is clear though: we are entering a completely new political era, and need to start redefining our field and our curricula in order to stay abreast with these fundamental shifts.